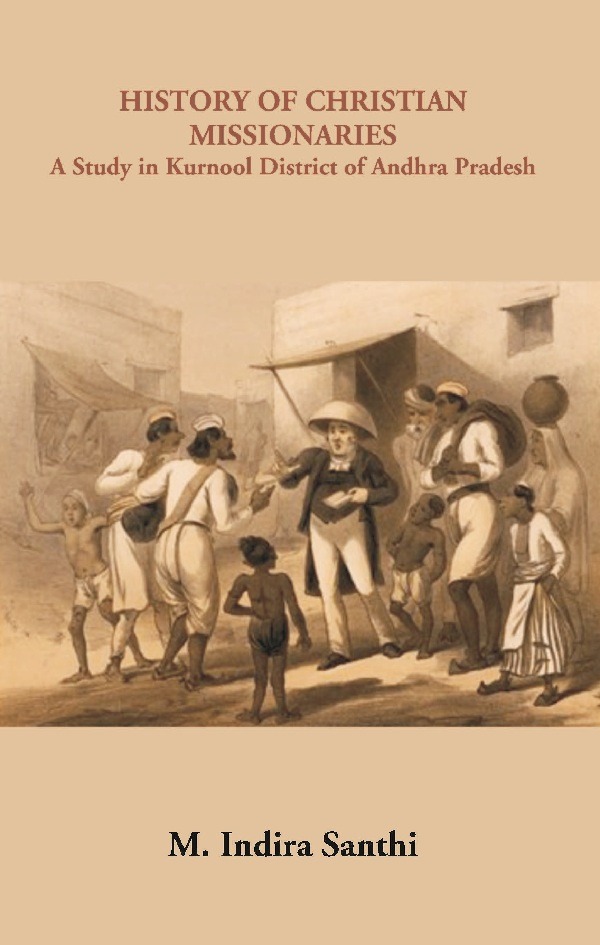 The Title 'History of Christian Missionaries : A Study in Kurnool District of Andhra Pradesh written/authored/edited by M. Indira Santhi', published in the year 2018. The ISBN 9789353240080 is assigned to the Hardcover version of this title. This book has total of pp. 200 (Pages). The publisher of this title is Kalpaz Publications. This Book is in English. The subject of this book is History. Size of the book is 14.34 x 22.59 cms

The present book History of Christian Missionaries: A Study in Kurnool District of Andhra Pradesh described the relentless, selfless, compassioned and dedicated services of Christian Missionaries to the people of the region. The equal treatment of the untouchables and caste Hindus in the hospitals engendered a kind of social awareness among the latter. Missionaries taught this people cleanliness and infused in them an element of health consciousness. This is the fair description of the work of the major Christian missions in Andhra Pradesh. Drawing their strength and impetus from the religious awakening all over the world during 19th century, these denominations found economically backward, socially downtrodden and religiously deprived community in Andhra Pradesh for their work. In spite of the caste policies of the early Christian missions and the exploitation of poverty by later groups, it is clear that Christian missions worked hard to help people from the lower rungs of the caste system, and were, in turn, embraced by them. It was found out that the various Christian organizations lead in bringing higher education and modern medical care to the population by establishing several prominent educational institutions and hospitals in Andhra Pradesh. .

M Indira Santhi obtained her M.A (History) from the Sri Venkateswara University, Tirupathi, India, and received her Ph.D (History) from the Sri Krishnadevaraya University, Ananthapuramu, India. She is the Head of the Department of History, K V R Government Degree & Post Graduate College for Women (Autonomous), Kurnool, Andhra Pradesh. She has been teaching History to the graduates and post-graduates for the past 25 years. She is a Christian Human Right Activist. She has served as the Principal, Government Degree College, Pattikonda, Kurnool District, Andhra Pradesh. She has received the Best Teacher Award in 2014 and the Best Team Leader in 1998 in Janmaboomi Programme, Government of Andhra Pradesh. She has published several research articles both in national and international journals, and her research focuses on various issues related to the Christian Missionary Services and Women Empowerment.