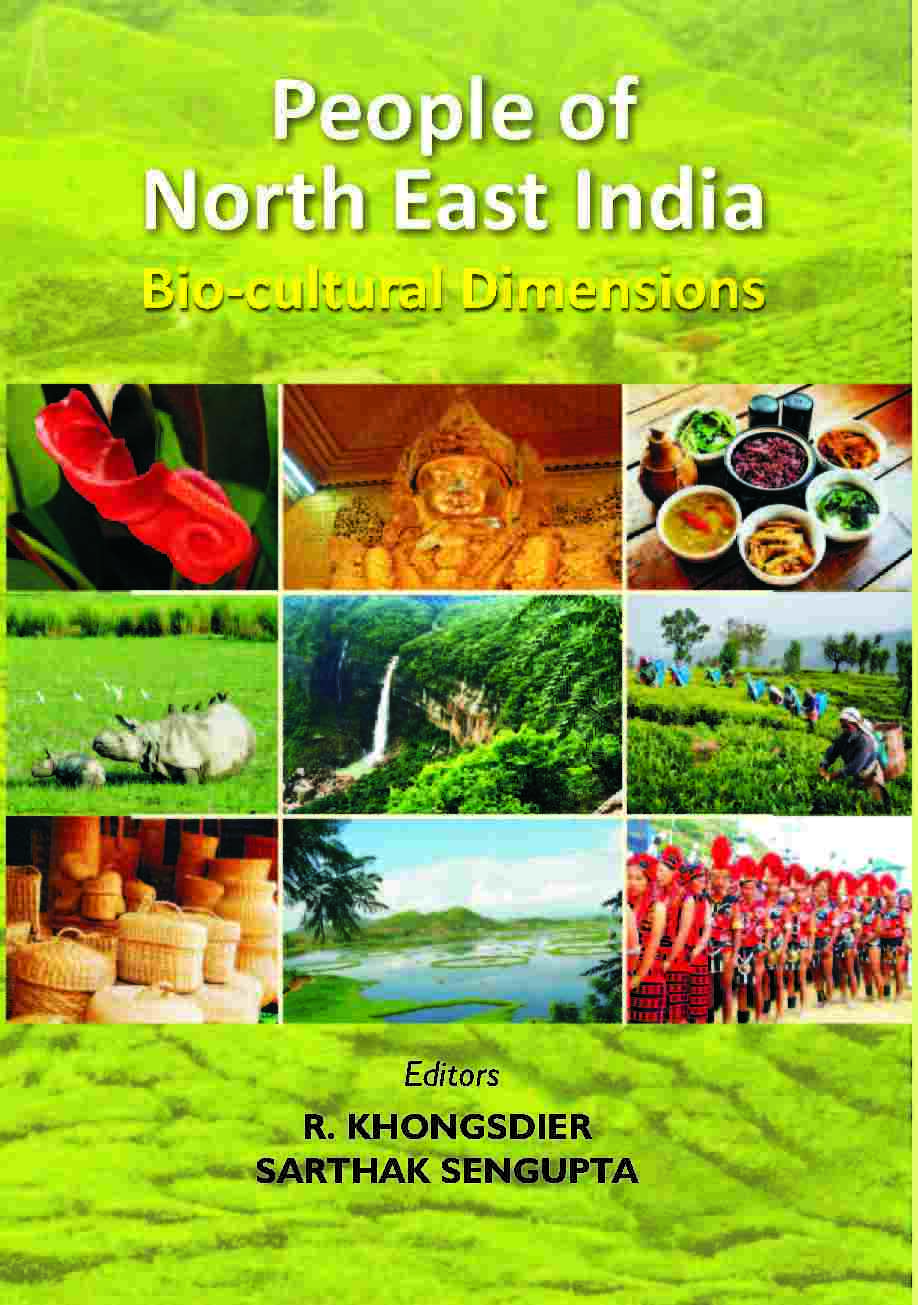 The Title 'People of North East India : Bio-Cultural Dimensions written/authored/edited by R. Khongsdier, Sarthak Sengupta', published in the year 2017. The ISBN 9789351282389 is assigned to the Hardcover version of this title. This book has total of pp. 257 (Pages). The publisher of this title is Kalpaz Publications. This Book is in English. The subject of this book is North East Studies. Size of the book is 14.34 x 22.59 cms POD

This volume is a rich addition to the study of biological and cultural aspects of populations in North East India, which is part of India's unity in diversity in respect of ecology, ethnicity, language, and culture. The volume offers a collection of research articles that are directly or indirectly concerned with the ongoing bio-cultural transformations among different population groups in North East India, which are associated with a multitude of factors. Indeed the subject matter of change is very complex and it remains as the major issue of several disciplines in medical and social sciences including anthropology and sociology. The volume will serve as a useful resource book for different scholars and researchers including biological anthropologists, nutritionists, cultural anthropologists, sociologists, economists and other specialists in the field of social sciences, particularly those who are concerned with the population groups in North East India.

R. KHONGSDIER is at present Professor of Anthropology and Director-In-Charge of Publications at North-Eastern Hill University (NEHU). Previously he served as Head, Department of Anthropology, Estate Officer, and Proctor at NEHU. He also held posts in some Departments of the Government of Meghalaya, and served as Physical Anthropologist (Class-I), Anthropological Survey of India, Government of India. He has published more than 75 publications and served as member of the Editorial Boards of several journals.

SARTHAK SENGUPTA is an alumnus of Dibrugarh and Gauhati University respectively. He also worked with the Anthropological Survey of India, GOI and NEHU, Shillong. Professor Sengupta has about 245 research publications besides seventeen well-knitted books on North East Indian tribes.  Professor Sengupta is member of Editorial Boards of several journals. He is at present Professor of Anthropology and Director (i/c), Centre for North East Studies, Dibrugarh University, Assam.