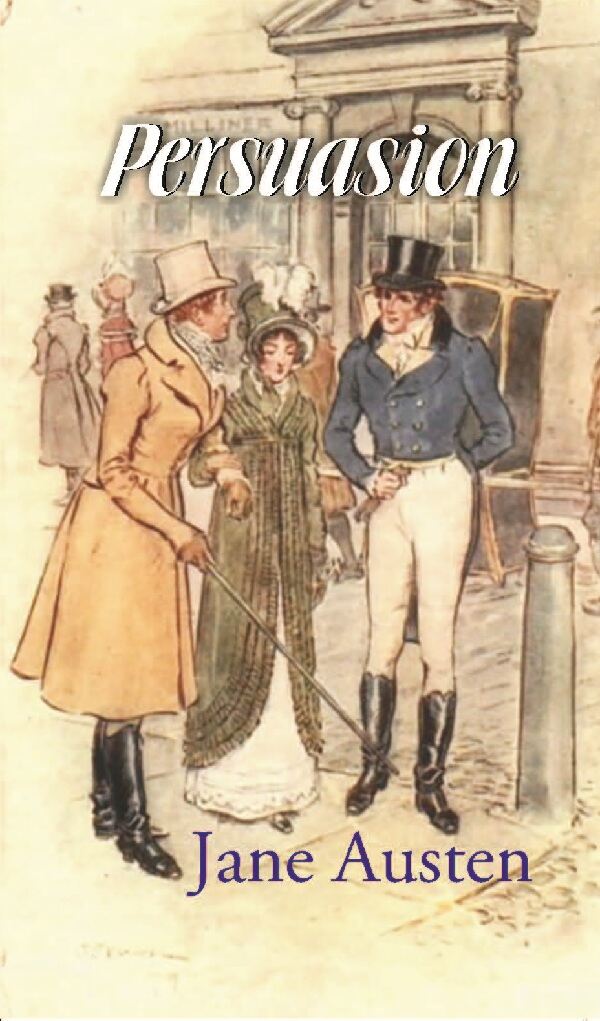 The Title 'Persuasion written/authored/edited by Jane Austen', published in the year 2019. The ISBN 9789353242022 is assigned to the Hardcover version of this title. This book has total of pp. 214 (Pages). The publisher of this title is GenNext Publication. This Book is in English. The subject of this book is Literature & Fiction. Size of the book is 14.34 x 22.59 cms.POD

Persuasion is the last novel fully completed by JaneAusten.The story concerns Anne Elliot, a young English woman of 27 years, whose family is moving to lower their expenses and get out of debt. They rent their home to an Admiral and his wife. The wife’s brother, Navy Captain Frederick Wentworth, had been engaged to Anne in 1806, and now they meet again, both single and unattached, after no contact in more than seven years. This sets the scene for many humorous encounters as well as a second, well-considered chance at love and marriage for Anne.

Anne Elliot is noteworthy among Austen's heroines for her relative maturity. The novel was well-received in the early 19th century. Greater fame came later in the century, continued in the 20th century, and through to the 21st century. This is accepted as Austen’s most maturely written novel showing a refinement of literary conception, indicative of a woman approaching forty years of age.

Jane Austen was a Georgian era author, best known for her social commentary in novels.

Her reputation skyrocketed in the 20th century. Her novels are considered literary classics, bridging the gap between romance and realism.

The seventh child of Cassandra and George Austen,Jane was born on December 16, 1775, in Steventon, Hampshire, England. Her parents were well-respected community members. Her father served as the Oxford-educated rector for a nearby Anglican parish. The children grew up in an environment that stressed learning and creative thinking.

Ever fascinated by the world of stories, Jane began to write in bound notebooks. In the 1790s, during her adolescence, she started to craft her own novels. She unveiled her wit and dislike of sensibility, or romantic hysteria, a distinct perspective that would eventually characterize much of her later writing. These notebooks, encompassing the novels as well as short stories, poems and plays, are now referred to as Jane's Juvenilia.